What is the Correlation Between Diet and Acne? - Choice Diets
Skip to content
Uncategorized

Disclaimer: This post may contain affiliate links, meaning we get a small commission if you make a purchase through our links, at no additional cost to you. For more information please visit our Disclaimers page. 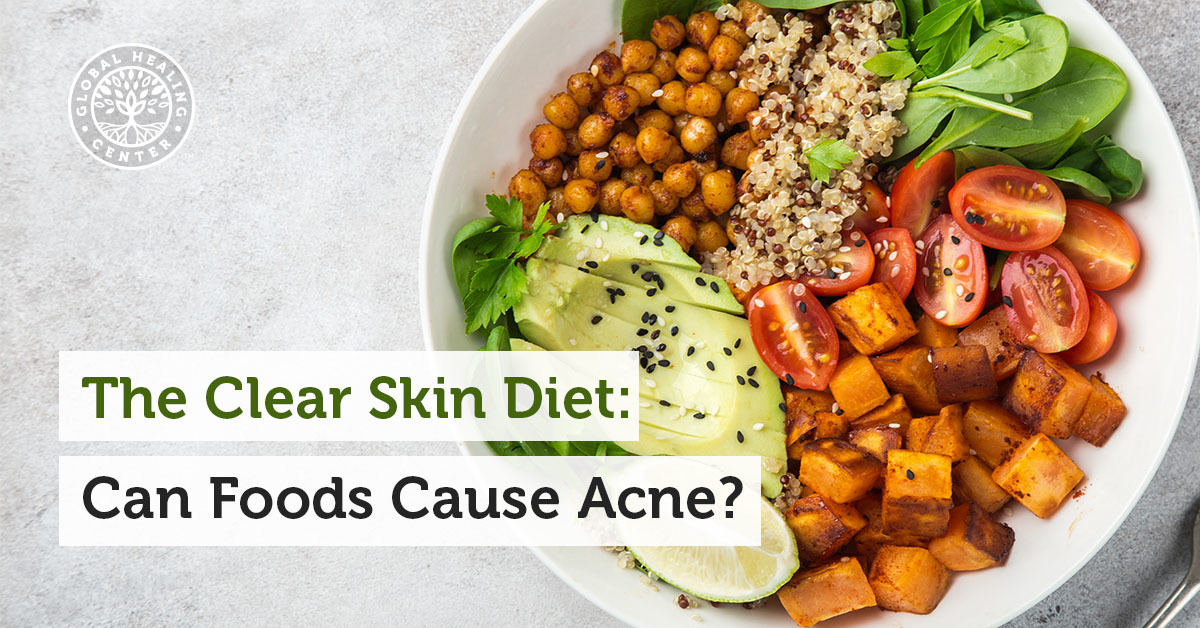 If you’ve been wondering whether or not there’s a connection between diet and acne, you’re not alone. There are many studies showing that certain foods can have an adverse effect on your skin. These include high GI diets, chocolate, dairy products and Omega-3 fatty acids. While some people believe that these foods can cause acne, others say that they’re just part of a healthy diet.

High glycemic index diets and acne are a topic of debate. While a number of observational studies suggest an association between dietary glycemic content and acne, only a few clinical trials have found evidence of a causal relationship.

In the case of high glycemic diets, the foods typically spike blood sugar too quickly. This triggers a cascade of hormones that causes inflammation and acne. The insulin produced by the body absorbs sugar from the blood, triggering a variety of responses in the body.

High glycemic diets increase the amount of insulin produced in the body, which leads to a larger production of acne-causing hormones. Dairy products, such as milk, have been suggested as possible acne culprits.

In two clinical trials, a low glycemic load (LGL) diet was compared to a control diet. The LGL diet showed a significant decrease in acne lesions. These studies were small and not well powered, so it is important to conduct additional randomized controlled trials (RCTs) to establish a causal link.

Another study found that a low GI/GL diet may reduce the symptoms of mild to moderate acne in males. A low GI/GL diet lowers oil production and lowers the amount of acne-causing hormones.

Studies have also found an association between high glycemic index diets and a higher prevalence of acne. One study found that a group of teens and young adults with acne vulgaris had higher dietary glycemic load than a group of age/sex-matched controls.

In the case of dairy consumption, the higher GI of skim milk is believed to be a potential acne trigger. Nonetheless, the relationship between dairy and acne is weak.

High GI diets, which are generally high in processed carbohydrates, are known to cause a spike in blood sugar. This leads to the body producing insulin, which is known to cause inflammation. Insulin helps the body use the glucose in the blood, which then causes the body to produce an array of other hormones, including insulin-like growth factor. Increased insulin levels may increase the shedding of skin cells and plug the oil glands.

Dairy products and acne have been studied for a long time, but there has been little evidence to support the theory that dairy products promote the development of acne. A new study, however, may have made a case for a connection between the two.

The new study reviewed fourteen studies in which dairy was linked to acne. It found a significant association between skim milk and acne. However, not everyone breaks out from milk. Whether or not dairy products cause acne is an unanswered question, but one that researchers need to find the answer to.

Acne is a complex medical condition that involves the interaction of several factors. Among them are genetics, lifestyle, and hormones. This is why it is not surprising that certain foods and drinks have been shown to have an effect on acne.

As you might expect, some foods and drinks are better than others. For example, milk and yogurt have been associated with a higher likelihood of breakouts. There are other dairy products that have been suggested as potential triggers.

Some studies have even suggested that all dairy products can promote acne. However, no controlled trial has found a direct causal relationship. And some scientists are skeptical of this theory.

The main reason behind the baffling connection between dairy and acne is the hormones and ingredients contained in these products. These substances can increase insulin and IGF-1, which can stimulate the production of sebum. In turn, these hormones may contribute to the development of acne.

One of the best ways to avoid acne is to limit your intake of fatty foods and refined carbohydrates. Having a diet high in these substances can cause you to develop an inflammation response, which contributes to the development of acne.

It is also believed that a high glycemic-load diet can increase the body’s insulin levels, which can trigger sebum production. Acne is triggered by clogged pores and a buildup of oil on the skin.

A recent study found that dairy products may be a contributing factor. This is because they contain a hormone called insulin-like growth factor, which encourages the body to produce more sebum.

There are a number of other foods that have been shown to have an effect on the condition of the skin. According to dermatologists, the most beneficial of these is the Omega-3 fatty acid. Increasing your intake of Omega-3 fats can help prevent skin inflammation and help your body maintain its natural balance.

Other good-for-you foods include avocados and nuts. These oils are rich in antioxidants and omega-3 fatty acids. However, these foods are not as useful in controlling inflammation, which is the root of most skin problems.

One of the simplest ways to fight acne is to stick to foods that are rich in omega-3 fatty acids, but you may want to stay away from refined carbs and saturated fats. Saturated fats are known to increase inflammation, which can worsen your acne.

Some other old wives’ tales have been linked to acne. For example, Chinese medicine experts have long believed that eating greasy foods can aggravate your skin. But, the research on this topic has been mixed.

There is a lot of controversy over whether chocolate is good for your skin. However, there are some solid clues from science.

One study showed that dark chocolate contains antioxidants that fight free radicals, which can be bad for your skin. Another found that chocolate may actually be good for your skin in the long run.

Another study suggested that chocolate might be good for acne because it can help reduce insulin resistance. Insulin is known to be a key factor in causing hormonal acne. When your body is flooded with insulin, it causes your sebum production to increase. This can cause acne to erupt.

However, there aren’t many studies that show whether or not chocolate really makes your skin clearer. Some suggest that it might help but others have failed to find any correlation.

The fabled chocolate and acne connection first made its debut in 1969. In fact, there was a small study that looked at whether chocolate could cause an acne breakout. But it had some serious flaws.

Although the tiniest of miracles, the study was limited to a mere 14 men between the ages of 18 and 35. To test the claims, the participants were required to fill out a questionnaire.

Unfortunately, there wasn’t enough time to determine the exact impact that chocolate has on your skin. That’s why this study wasn’t as useful as it could have been.

On the other hand, a 2006 study reported that the sugar content in chocolate can cause skin changes. And an observational study in 2012 re-examined the same topic and came up with the same results.

Even though there’s no evidence that chocolate is harmful, it is a delicacy that you shouldn’t avoid altogether.

Acne is a type of skin disease that is triggered by a build-up of oil and bacteria. Fortunately, omega-3 fatty acids may help to reduce inflammation and the severity of acne.

Omega-3 fatty acids can be found in fish, nuts, and seeds. Several studies have shown that these acids can be helpful for healing and treating acne. However, more research is needed to determine the best ways to use them.

In addition to their anti-inflammatory effects, omega-3s can also help to reduce hyperpigmentation. This happens when the skin is exposed to UV light. Research suggests that omega-3 fatty acids can inhibit the production of melanin. When this occurs, it could decrease the risk of hyperpigmentation caused by UV light.

The best way to ensure that you are getting sufficient omega-3 fatty acids is to increase your intake of fish. Fish includes anchovies, sardines, tuna, and salmon. They also contain vitamins D and A.

EPA and DHA are two of the omega-3 fatty acids found in fish oils. These substances are known to lower the insulin-like growth factor (IGF-1). People with acne had higher IGF-1 levels.

Omega-3 fatty acids can be obtained in a variety of supplements. If you are taking medication for a bleeding disorder, you should be careful about using a high-dose supplement.

Although the studies on omega-3s and acne have been mixed, more research is needed to confirm the effects of omega-3s. Currently, the American Academy of Dermatology does not recommend omega-3 supplements for the treatment of acne.

Until the research is more conclusive, most doctors recommend diet and exercise. Diets rich in antioxidants and vitamin A can help to improve skin health. Correlation Between Diet and Acne

What Diet is Best For Fatty Liver Disease?

Why Diet Coke is Bad For You